Energy mismanagement by Mitch Evans saw him drop to P3 from the lead, allowed Antonio da Costa to win the Monaco E-Prix followed by Robin Frijns coming in second. Mahindra’s Alex Lynn bagged the final point in the race finishing at P10. 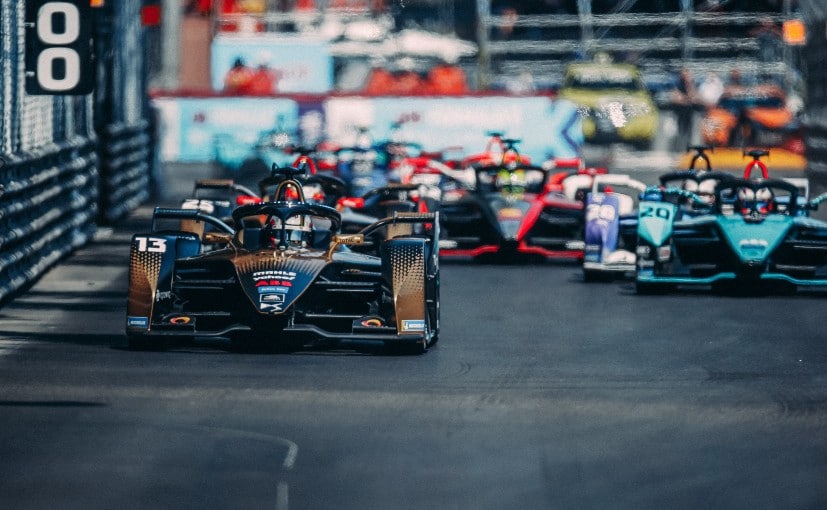 Antonio da Costa of DS Techeetah made a move in the final lap to pass Mitch Evans of Jaguar in the Monaco E-Prix to claim his first victory in the seventh season of Formula E. Da Costa took advantage as Evans struggled to manage the energy levels of his Jaguar allowing him pass easily in the final seconds of the race and take the win by a gap of 2.8s. The gap further increased after Evans had to defend P2 from Robin Frijns of Virgin Racing who pipped the Jaguar driver by claiming the second spot by a margin of just 0.024s. Evans finally claimed third from what seemed like a victory just one lap ago.

While Da Costa started the race on pole position, Frijns started second on the grid and was able to take an early lead on Lap 4. The battle for the top spot began soon after as both drivers activated their attack modes. The drivers exchanged places over the next couple of laps while the second opportunity to activate the attack mode allowed Da Costa to take the lead once again.

A third-placed Mitch Evans was now looking to pass the drivers and found the opportunity in the second-half of the race wherein he used his attack mode to pass Frijns for P2. Evans carried that momentum and passed Da Costa to take the top spot. Evans built a sizeable lead from thereon but his advantage was diminished after the safety car was deployed following Rene Rast’s crash. Running with one per cent less energy than his rivals, Da Costa made the move on the final lap to take the win with Frijns joining soon after. With a podium finish, Robin Frijns of Virgin Racing now lead the driver standings for the season

Finishing behind Evans was Jean-Eric Vergne in the Techeetah followed by Maximilian Gunther of BMW Andretti. Oliver Rowland took P6 in the lead Nissan, while Sam Bird of Jaguar claimed P7 after qualifying 16th bringing in crucial points for the team. Nick Cassidy of Virgin Racing managed pick up seventh ahead of Andre Lotterer, who moved up by 10 positions after starting at P19. Mahindra Racing Alex Lynn bagged the final point in the race, while teammate Alexander Sims’s race ended in a DNF after being hit in the back

Alex Lynn of Mahindra Racing took the final points in the race after starting at P11 on the grid. The driver managed to improve by a single position, albeit in a race where overtaking was considered difficult. The driver moved up as high as P7 but had to battle it out in the top 10 eventually settling for P10. For teammate Alexander Sims, the driver did not have the best day after being hit in the rear forced him into the barriers and resulted in a DNF.

With Frijns’ podium and Mercedes failing to cross the chequered flag, the driver DS Techeetah driver now sits on top of the driver standings. Moreover, the strong finish by both Jaguar drivers has helped the team to come close to within two points of leader Mercedes in the team standings.